The Sick Man Of Europe: The Composer

Dor Guez’s solo exhibition at the Museum for Islamic Art presents the third installation of his large-scope project, “The Sick man of Europe,” whose previous parts were shown in several venues around the world. The project’s title quotes a term coined in the late nineteenth century to describe the moribund and disintegrating Ottoman Empire. Using this term, Guez examines the cultural and national history of some of the states that had emerged from the Ottoman debris through the personal stories of creators and intellectuals who stopped creating in the wake of traumatic events in the history of their nations. Guez’s perception of Armenian architecture, composing, photography and ceramics as a negative print transforms the whole exhibition into an allegory on the story of the Armenian minority within the Ottoman Empire, or of a form within a form, a space within a space.

In this exhibition, Guez presents the story of Hagop, an Armenian composer whose family was expelled from Kütahya to Jerusalem during World War I. The show begins with a display of ceramic objects that were manufactured in Iznik and Kütahya, two world renowned centers of Armenian ceramic production. Guez found these items in the museum’s collection and showing them alongside the museum’s archival index card, which registered them all as Turkish. In the centerpiece of the exhibition, a video work [1], Guez accompanies the Armenian composer Hagop on his first visit to holy places in contemporary Armenia.

Pointing to a link between his compositional work and Armenia’s landscapes, the composer is set on completing his Armenian musical pieces only after visiting Armenia. On their way to the holy places, an archival radio conversation between Komitas and Suni, two well-known early twentieth century Armenian composers, is heard in the background. The two compare composing to a journey and point to a connection between the art of musical composition the landscape of Armenia. The video work is enclosed on both sides by a series of light boxes. The light box images seem at first glance as ornaments taken from the painted tiles shown at the entrance to the exhibition, but a closer look reveals that these are reproductions of ground plans of Armenian churches with their characteristic differing exteriors and interiors. The exhibition closes with a series of vitrines containing prints reproduced from glass slides, which show images that have appeared as negatives in the video work. The glass slides documenting the Ottoman Army during World War I were made as learning aids in Europe. Among them, there is one (no. 3) showing Enver Pasha, the Ottoman Minister of War, one of the principal perpetrators of the Armenian Genocide.

Jerusalem-born Dor Guez has had his work shown in over thirty exhibitions worldwide in various museums and display spaces such as the MOCAD; CCA Tel Aviv; ICA, London; the Rose Art Museum, Boston; Artpace, San Antonio; the Mosaic Rooms, London; the KW Institute for Contemporary Art, Berlin; the Tel Aviv Museum of Art; and the Petach Tikva Museum of Art. In addition, he has participated in numerous group exhibitions and biennials, among others, the Istanbul, Berlin, Moscow, Benin, and Budapest Biennials; the North Art Triennial, Denmark; Videobrasil, São Paulo; Palais de Toko, Paris; the Metropolitan Museum of Photography, Tokyo; Maxxi Museum, Rome; Cleveland Institute of Art; and the Buenos Aires Museum of Modern Art. In 2014, he was appointed Head of the Photography Department at Bezalel Academy of Arts and Design.

“The Composer” will travel from the Museum for Islamic Art to Kayu Gallery, Bali, Indonesia and to DEPO Art and Culture Center, Istanbul.

The exhibition is accompanied by a catalogue that includes the first three parts of the project and was produced in collaboration with 13 local and international bodies. The project was supported by Mifal HaPais, Outset, and The Print House. 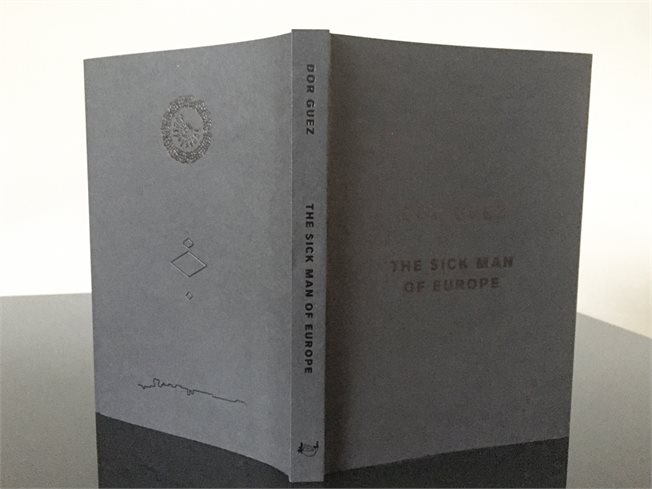 To purchase the catalogue of the exhibition trilogy “The Sick Man of Europe,” kindly contact us by email: [email protected] or by phone: 972-2-5661291